ABSI SecondSky: The Next Frontier of LVC Flight Training

There has been a lot of discussion over the past years throughout the tech community about Live, Virtual, Constructive (LVC) training, and this concept has applications to the goals of both DoD and commercial organizations. ABSI Aerospace & Defense is building on the idea of virtual flight training, helping to make flight training more repeatable and efficient. 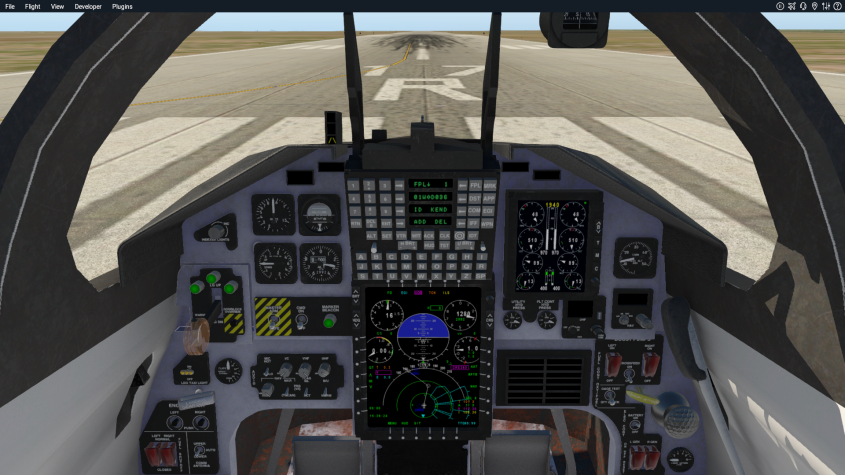 Prior to beginning a discussion of LVC, however, it is worth noting first that these terms are often confused or misapplied. To avoid confusion, a simple definition of each is offered.

Live training features real people, real platforms, and real vehicles. It occurs in real-time, often requiring optimal weather and logistical conditions, and depending on the setting and type of training, can be costly.

Virtual training uses simulation of some or all of the elements involved in a training scenario. The classic example used to illustrate virtual training is often the flight simulator. In simulation, much of the training scenario is modeled—the environment, the radios, movement, etc—but the operator’s actions and decisions are real. Simulations such as the traditional flight simulator have been constructed for many aspects of military and real-world training, but the key element in virtual training is that there must be a human in the loop—a human making the decisions that control at least some aspect of the simulation.

Constructive training seeks to eliminate the role-playing aspect of simulation, turning this over to a computer so that other elements of training besides the one which the trainee actively controls are managed by artificial intelligence based on the trainee’s actions and decisions. In constructive training, the computer or AI is able to manage entities and their behaviors without constant human input.

When all three types of training are brought together—with live participants, some simulated aspects (such as a radio manned by a live human who is part of the scenario), and constructed elements managed by the computer, you have LVC training. It is easy to see why there is so much discussion and excitement around this concept—the applications are limitless.

LVC training, which is sometimes also called augmented reality or mixed reality, is particularly useful for creating the opportunity for practice of critical skills in high-risk environments such as aviation, weapons employment, healthcare or emergency response. Though LVC is most often considered through the lens of military aviation, there are a wealth of other programs considering and utilizing its benefits.[1]

Though there are broad applications for LVC training technologies, one of the most compelling is that LVC creates the opportunity for learners to practice complicated procedures repeatedly in low-risk environments, receiving immediate feedback on performance.

Surgery is one excellent example of the utility of this potential, as was made evident in a case at Masonic Children’s Hospital in Minneapolis, where doctors used this kind of technology to understand and practice a procedure to separate three-month-old twins conjoined by the chest, liver and heart.[2],[3] In this case, the team used a combination of CT, ultrasound and MRI scans to create a virtual model of the patients’ bodies in order to walk through the procedure and understand potential pitfalls before they were encountered in the high-risk, high-stress environment of the actual operating room. Though it was not used in this case, that team could have gone one step further to model the actual surgery, allowing doctors to actually perform the procedure in a virtual environment, utilizing AI to provide immediate feedback to any less-than-optimal choices the surgeons made. In the end, the models the team created led to the heart separation surgery being approached in a completely different way than had been initially planned, and the surgery was a success.

The military is another environment in which a variety of augmented reality, virtual reality, and mixed reality tools are being brought to bear in hopes of providing more realistic and effective training to those who will be tested in some of the most high-stress and high-risk scenarios possible. Through the Digital Soldier program,[4],[5] the Army is incorporating a variety of biometric data as soldiers are put through scenarios, hoping to help them understand what to expect when real-life situations inspire physiological responses that can take them by surprise and potentially create additional risk.

The Air Force, in the meantime, is utilizing a mix of LVC training modalities to offset the replacement of its trainer fleet, since new platforms won’t be rolling out until 2024. Though some training will likely always rely on actual time in the cockpit, the bulk of flight skills can be replicated via virtual reality, AI and supercomputing, according to Lt. Gen. Steven Kwast, AETC commander.[6]

Read Part Two of this article here next week!